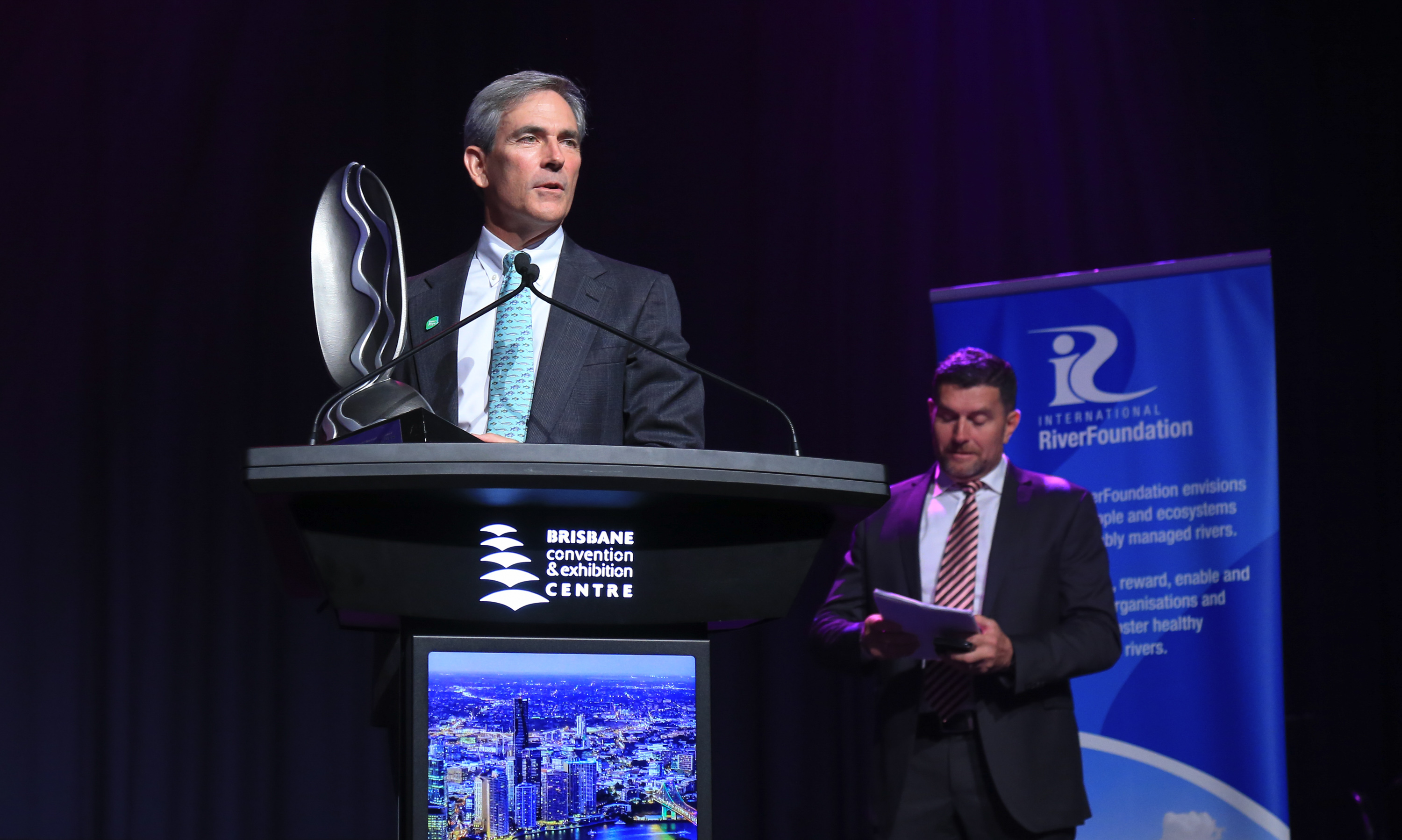 Posted at 11:51h in Alumni, IRF news, The world at large by Patricia Dalby 0 Comments

This remarkable improvement in river health is the result of an inclusive, comprehensive approach to strengthen public awareness and appreciation, as well as many years of public and private investments in conservation projects. Moreover, access to the James River has expanded to over 200 public access points. The state of Virginia has established comprehensive plans to increase resiliency along the James River, addressing climate change and other future threats.

“Receiving this award strengthens our resolve to continue this comeback story, and we hope it will inspire everyone who lives, works and plays around the James River to jump in and help out so the James remains a vital asset for our communities and for future generations.”

​Congratulations are also in order for our co-finalists Friends of the Chicago River (USA) and the Whangawehi Catchment Management Group (New Zealand). All three finalists have achieved amazing restoration work for their rivers which deserve to be celebrated and commended. During the dinner we also awarded IRF’s 2019 Ken Thiess Scholars José Fernández and Rosie Sanderson (represented by Andrea Salus) and 2019 Vera Thiess Fellow, Qing Ye, with their certificates.

Over 600 people attended the 20th Anniversary Riverprize Gala Dinner, a big thank you to everyone who attended this celebration of our rivers!