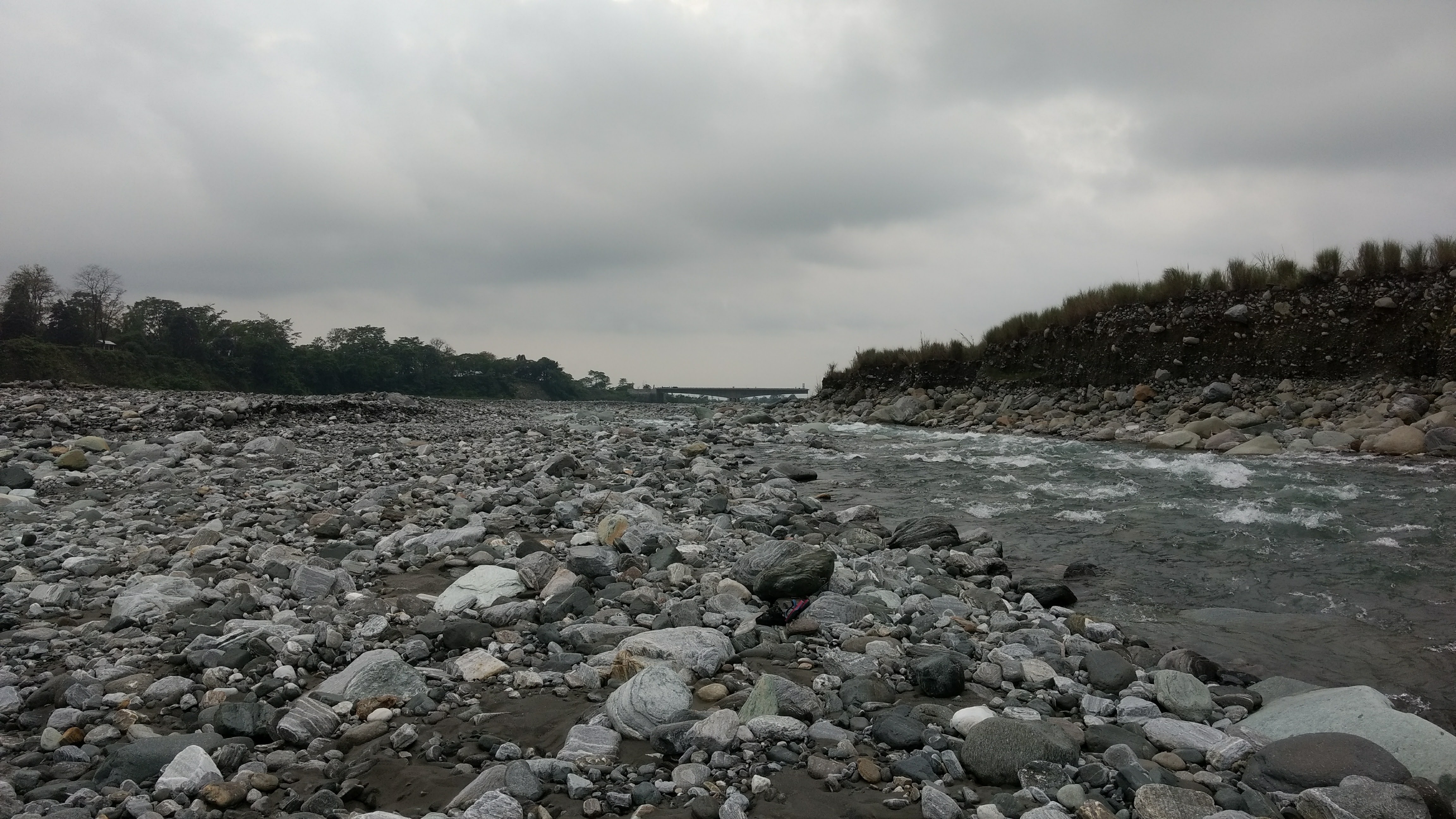 Posted at 16:00h in The world at large by Tanushree Rao 0 Comments

The tributaries of Brahmaputra River, with Dibang River visible in the top right corner.

Throughout my research, I’ve come to learn that resilience is extremely important for those individuals and communities who are living with floods. Resilience reflects their inherent ability to recover after such disturbances. I’ve also found it interesting to look at the process by which these communities learn to live with change in an environment of such great uncertainty.   This is because the process gives us the insight into the uniqueness of the communities’ traditional knowledge and practices developed over time. Rural mountain communities residing near the tributaries of the Brahmaputra River have developed traditional knowledge in the form of information, skills and practices from experiential learning. This acquired knowledge is passed on from generation to generation, becoming part of the community’s cultural identity. Traditionally, women are the keepers or managers of this knowledge. 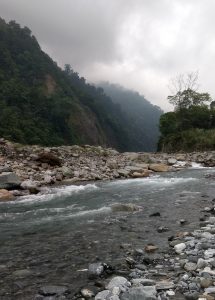 Prior to interacting with the women, it was important to understand the distinct attributes of the Idu-Mishmi tribe. Mr. Jibi Pulu, a conservationist who belongs to the tribe introduced us to their belief in animism (that all things—animals, plants, rocks, rivers, weather systems, tasks and even words—have spirit) their societal structure being patriarchal and patrilineal; and Gaon Buras (elderly men) governing the village activities. Jibi also helped us to identify the women from the tribe who we could meet with and learn from about their daily interactions with the river, major challenges and opportunities of living close to the river, and traditional practices and gender norms in work and decision-making processes.

One of these women was Kherepe Meme, who is the oldest woman in Kebali village, situated on the bank of ephi pani River which is a tributary of Dibang River.   Kherepe shared that her daily interaction with the river was filled with hardships, but was also beneficial. Her reference to hardships was primarily linked with poor connectivity, as access to basic health facilities and food provisions are only available across the river, and the only way to reach these facilities is to cross the river by foot. She mentioned that several people had lost their lives while attempting to cross the river during the months when Ephipani River swells. However, after a bridge was built in 1998, certain hardships have reduced. She also shared prior to this large bridge becoming functional, community members rallied to build small wooden bridges over narrower parts of the river to connect their village to the facilities. Community-led initiatives like this reflect the social cohesion among community members in times of crisis. 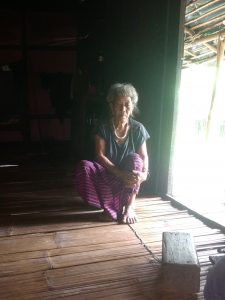 Throughout our discussions, it also became apparent that natural disasters have left a deep impression on Kherepe. When asked about her age, she recalled that she was an adolescent at the time of a major earthquake which struck in the 1950 (on 15 August near Rima, Tibet; magnitude 8.6). Kherepe’s many references to the sound of her house shaking with the large stones flowing through the river, which she even hears in her sleep, suggest that the earthquake has had a traumatic effect on her. However, living with the river every day for sixty years has made her resilient. This was evident from her response when asked whether she had ever thought about moving away from the river; she expressed that she has built her life there and, in a way, the river has become part of her identity.

Kherepe also talked of her passion for agriculture at the age of 80-plus years, and how it heals her body pain. She emphasized the significance of the river system in supporting agriculture and health, mentioning the benefits derived from the river.  She also shared how there has been a transformation in the process of accessing river water for agriculture, moving from self-collection to connection through pipes and tanks – provided through government intervention 2-3 decades ago. She expressed concern over the periodic loss of crops due to the floods, and how low productivity and uncertainties and risks involved with agriculture is leading to the younger generation shying away from agriculture towards semi-skilled or unskilled employment. Kherepe worries that with this transition there will be an erosion of the traditional knowledge systems. 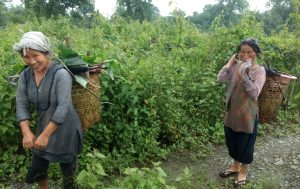 During the conversation, Kherepe shared the traditional roles of men and women in her tribe, with  agricultural work involving tools, construction of bridges, and traditional stilt houses as the responsibilities of men, and domestic activities, and time-consuming agriculture and allied activities like sowing and harvesting, livestock rearing, and weaving as responsibilities of women. On women’s participation in decision-making for participatory governance, Kherepe revealed that there is a transformation happening in some of the villages inhabited by Idu-Mishmi tribe where the Gaon Buris (elderly women) are the main decision-makers. However, Kebali village has never been governed by a Gaon Buri. Kherepe expressed that people do consult her for advice on several issues, but there has not really been any discussion on the river specifically, that she was sharing her thoughts for the first time on the various facets of her interaction with the river.  She expressed that these deliberations on the transformations in interactions with the river, traditional practices, and gender norms in decision-making processes and work are important to keep the traditional knowledge alive, which contributes significantly to building their resilience to live with floods. 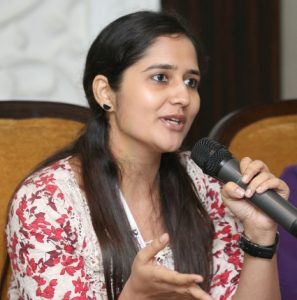 Suparana Katyaini is the recipient of the inaugural Vera Thiess Fellowship for Women.