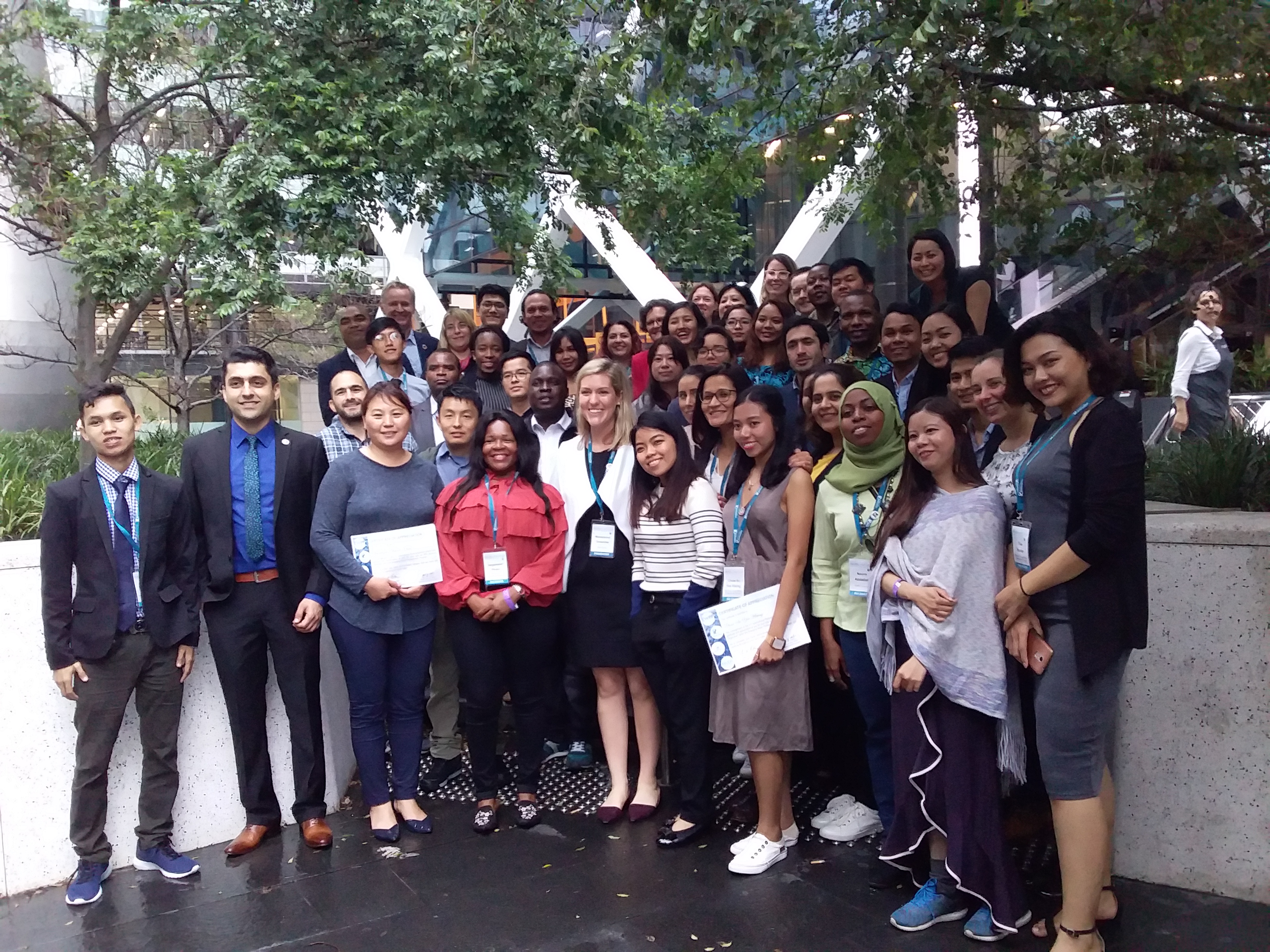 Posted at 14:10h in IRF news by Patricia Dalby 0 Comments

The Emerging Water Professionals Program (EWPP) once again offered a tailored series of events as part of the 21st International Riversymposium held in Sydney in October 2018.  The event this year brought together for 42 delegates within the first ten years of their career – including postgraduate students and early career professionals from diverse fields.  I was fortunate to join the early breakfast event on Tuesday morning at a Jones Wharf restaurant, Darling Harbour.  The morning was brilliant and we all welcomed the coffee and pastries while getting to know each other.  Activities that followed were fun, and succeeded in mixing up the emerging and emerged.

We were primed for one-on-one conversations around important events in our careers.  I really enjoyed this because it encouraged me to look back over my career and identify events, and my responses to them, as possible lessons for emerging water professionals.  The story I managed to tell involved working for a consulting firm who were commissioned to advise on the environmental impacts of new dams in the Queensland Wet Tropics.  My work began some way into the project, but when I read documents already submitted I found myself being critical of factual and predicted environmental impacts. The outcome was a threat of libel from the consultants, and later, a demand to delete large sections of my final report to the client.  Griffith University supported me in declining to change the report. Lessons for me were: (1) how to engage tactfully and honestly in situations involving contractual agreements, (2) how to garner support from my institution, and (3) how to persist in delivering appropriate evidence in the face of strong objections and threats.  The final report from the work with a colleague was eventually released through a Freedom of Information (FOI) process, and thus became publicly available.

I send many thanks and congratulations to Vanh Mixap for her leadership of EWPP, a wonderful feature of the International River Symposium.